You are here: maendeleo 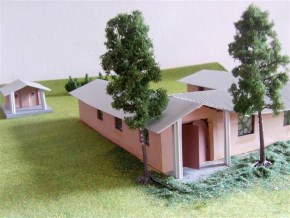 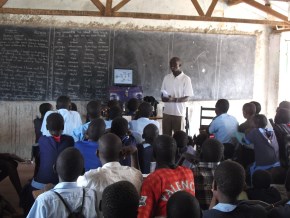 The maendeleo- association especially supports the people in Turkana. Turkana is in the northwest of Kenya and is the longest of the 47 federal states. This Kenyan federal state has a size of 77,000 square kilometres and 850,000 inhabitants and borders Uganda, South Sudan and Ethiopia. Capital and seat of government of Turkana is Lodwar.

The costs for goods and groceries are high. Twenty years ago a tarmac assured the supply of goods and assured the stability of the region. Today the road to Lodwar and further north is in bad condition. Only a few fragments indicate that there used to be a splendidly constructed and busy road.

Due to the meagre rainfall it is very dry in Turkana. The country is sandy and stony and living conditions consequently austere. Most people are nomads and herdsmen, some live off fishing. NGOs and other associations support the population under the programmes. Due to the droughts there are annual relief supplies for approximately 400,000 people. One out of three children under five suffers from malnutrition. For children older than five the malnutition rate is 21%. A study from Kenya AIDS Indicators Survey (KAIS) from the year 2012 shows that 3.7% of the population (this means more than 30.000 people) live with HIV/AIDS, among them 3,200 children.

The living conditions in Turkana are difficult. Lack of security, unreliable food supply and impure sources of water are reasons for the daily fight for survival. Especially the rural population suffers from poverty. A low literacy rate, bad health, malnutrition and lack of hygiene commonplace.